How To Eat Freakishly Weird Foods

From growing up in Africa and traveling through many countries, I’ve obtained a respectable transcript of outlandish edibles ranging from ambrosial to grotesque. Congolese snails in the reincarnation of rubber tires, grubs, unknown testicles, a scientific assortment of winged bugs, balutfetus, rats, and a host of interior animal organs, are among a host of the weird delicacies that have been sandwiched between these two extremes. Throughout it all, I have been able to mastermind an eating strategy when faced with freakishly weird awesome foods. 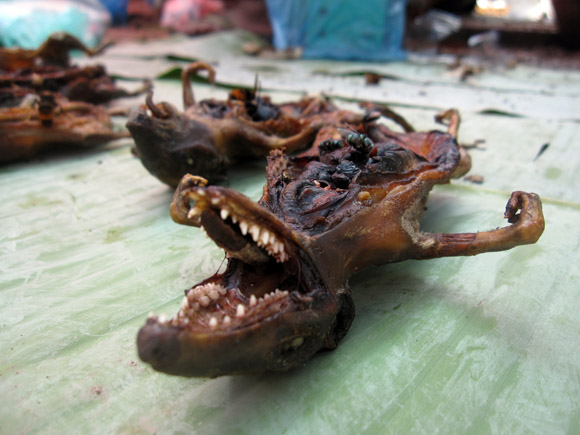 The adventurous mindset erases an automatic negative attitude and cry’s out to partake of the most outlandish edibles around. A great attitude goes a long way when attempting to eat weird foods. With an adventurous mindset you can be happily munching what you first thought might be repulsive.

Friends should push other friends to try weird foods. This is a healthy peer pressure exercise and I am all too often the guilty culprit who enforces the tasting of everything to the sometimes delight or pain of friends.  A group all trying something is less intimidating than sampling by yourself.

A giant mouth full sometimes triggers an unpleasant regurgitation as constant chewing is necessary to avoid choke-age. Try small bites that are easy to chew and therefore faster to swallow and keep down.  I’ve tried big bites and small bites, but I think small bites makes it easier.

The mind is quite a powerful tool and can be manipulated by itself.  Think delicious thoughts when widening your lips for the first bite of an utterly weird something, and it will probably be much better than the initial thought.

Hesitation causes bad thinking. Bad thinking causes food worrying. Avoid hesitation by getting in there and sampling something without thinking too hard about it and just going in!

Have a realization that to many local people, the ultra bizarre food you are about to eat is probably not weird at all. In fact, many weird foods to us, and vice versa, are local delicacies that are prized eating possessions that should be respected when munching.

Everyone I’ve ever met adores hearing about extremely weird foods that I have sampled in my life. Other than eating, there’s no greater satisfaction than telling a story about eating an exceptionally bizarre food that everyone is absolutely grossed out by.

8.  Don’t Kid Yourself With Textures

Do not think about or even contemplate or hesitate the texture of a weird food.  All too often it is not the flavor, but the texture that grosses people out.  If you simply focus on the flavor and try to completely ignore the texture, the food will be much easier to handle.  Durian, known as the king of fruits, is neglected stricly for it’s texture, but the fruit is actually brilliant!

How can you be afraid of a food when there is someone that eats it?  There is reason to be scared if you are eating something completely new that no one has ever tasted.  However, almost all freakishly weird foods are eaten and therefore cannot be abnormally unhealthy.  Don’t be afraid, it won’t harm you!!!

In a last resort case where the food simply causes an involuntary gag reflex, it’s best to chew while blocking the passage between the nose and throat and then swallowing with haste. Immediately chase with whatever beverage is nearest.

In the end, there’s no way to absolutely love all freakishly weird foods from around the world. However, it is a wonderful asset for any traveler to be able to relish a few odd entrees and thrive to tell about them!

I know you have all eaten some freakishly weird foods, I would love to hear some comments! 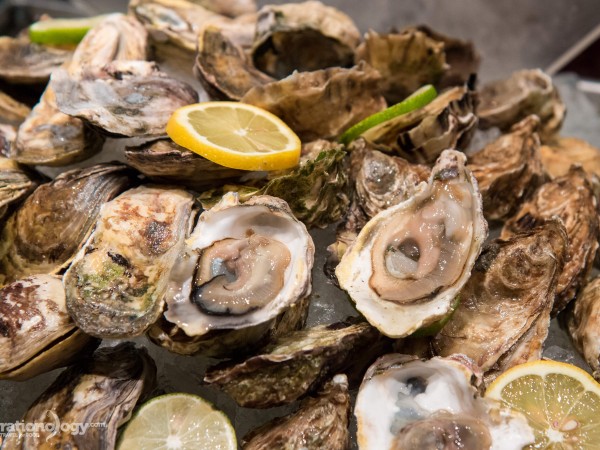 Spiral Buffet at Sofitel Manila: Is This Asia’s Grandest Buffet? 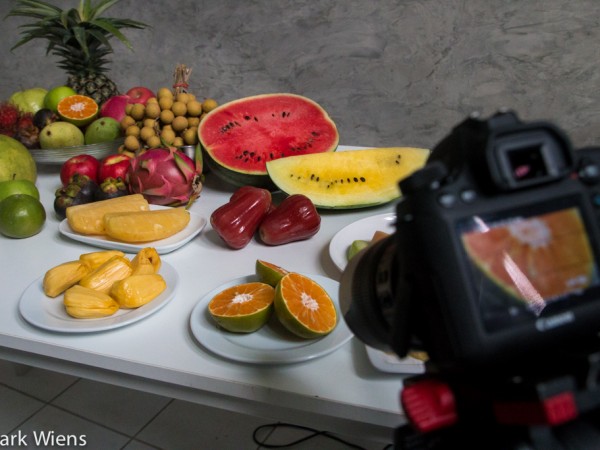