Face to Face With An Orangutan

From Medan I organized a two day trek into the park.  We arrived to a relaxing guest house the first night and were told to awaken in the morning to begin trekking.

At nine in the morning we were sweating profusely, climbing up and down steep hills, scrambling from jungle vines to roots of gigantic trees.  About an hour into the hike we spotted the first orangutan.  It was a mother and child who had just woken up in their nest in the trees.  For a minute they sheepishly hung around, as if we had disturbed them from a deep sleep.

Ten minutes later the guides suggested that a male was around 50 meters away, coming towards the female.  We chased him down.  He was on quite a mission and as soon as the female figured this out, she took off swinging wildly through the tops of the trees.  Like a whirlwind they had all taken off and it was virtually impossible to track them further in the thickness of the jungle. 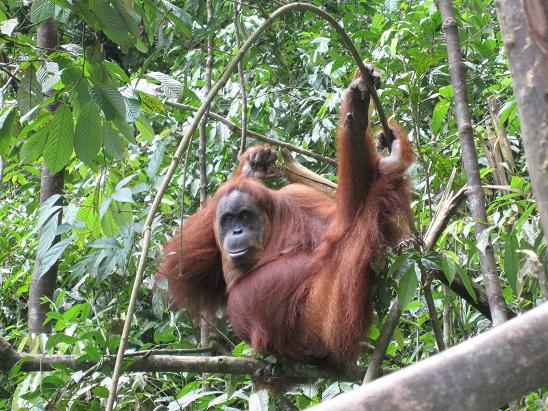 The hike continued and we saw a few more orangutans, loads of random monkeys, and had a great swim in a small stream. 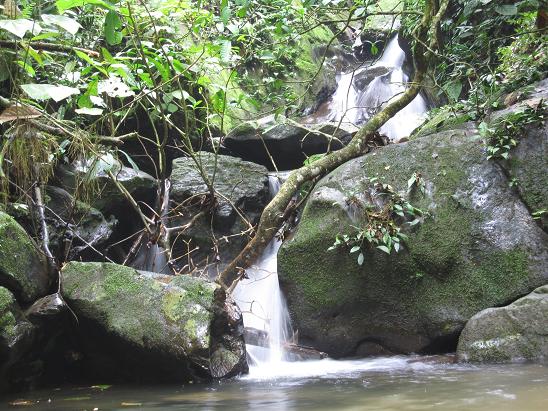 Arriving at camp that evening, we were greeted by a crew who were cooking up some Indonesian specialties and cleaning up the camp.  I took a wonderful dip in the river and drank down some thick Sumatran coffee while anticipating the wonderful dinner.

We were served rice, chicken, vegetable coconut curry, and soybean chili.  It was truly one of the greatest camping meals I have ever partaken. 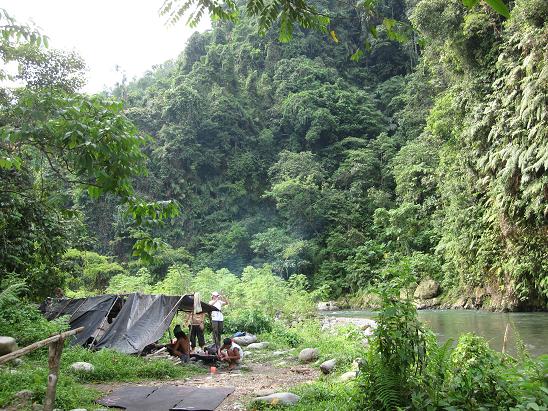 The next day began with a short hike in the jungle and then a relaxing raft down the river back to Bukit Lawang.

Seeing and making eye contact with and orangutan in its original habitat was truly an amazing spectacle.  The way they intricately build their nests, interact with each other, take care of their young, and feed themselves, was a breathtaking experience.

Ben Beiske has put together some great information about orangutans in the park if you are interested. 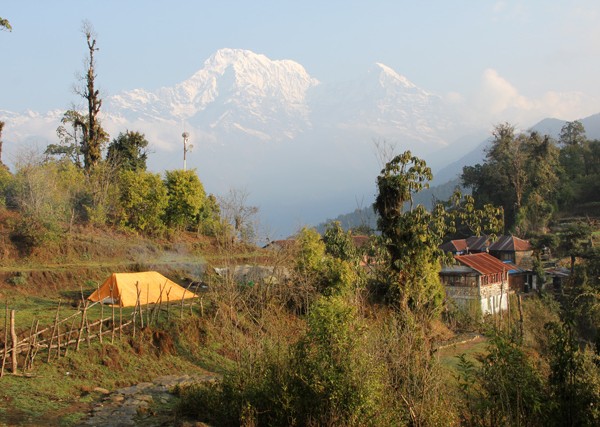 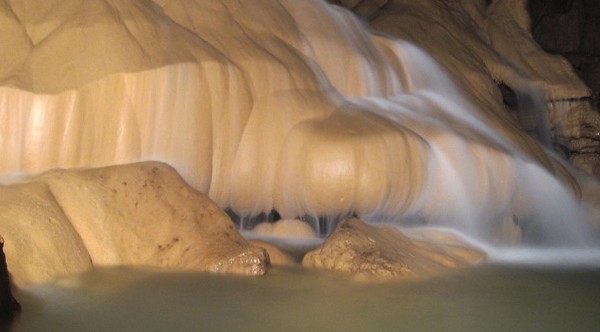