Into Nubia: Aswan, Abu Simbel and Temple of Isis at Philae

A stern knock on the room door at Noorhan Hotel at 3 am disturbed my peaceful sleep and I arose with haste, excited to embark on another historical journey in Egypt.

A quick breakfast of breadsticks spread with fig jam and the van promptly arrived at hotel.  We zoomed away through the darkness, hurriedly picking up a few more tourists along the way.

Our packed out 24 seater van whipped through the empty streets of Aswan before arriving at a military check point to rendezvous with the rest of the convoy.

A convoy led by the military is mandatory when heading South from Aswan into Nubia.

I dozed for much of the 3 hour van ride, taking in bits of desert sunshine and moonscapes through struggling eyelids.

We arrived at Abu Simbel along with the other tourist’s of the day, bright and early around 7 am.

The Temple of Abu Simbel is not in it’s original location.  Water levels rose with the damming of the Nile to create Lake Nasser and the stunning temple was forced to move, piece by piece to higher ground.

Abu Simbel, built under Ramses II The Great, along with the rock temple he built for his favored wife, Nefertari, were nothing short of jaw dropping.  The statues carved into the faces of the rock shows a little perspective as to the greatness and power that the ancient Pharaoh’s once possessed.

The entrance of Abu Simbel is marked by 4 giant stone statues of Ramses II himself.

In the Pharoaonic hierarchy, Ramses dwarfs all other figures, showing that he was ultimately superior.  The interior is etched with intricate battle scenes depicting the greatness of Ramses II in his fight against the Hittities at the Battle of Kadesh in Syria.

Though in actuality the great Pharoah probably lost the battle, the hieroglyphics and carvings show none other than a successful and even lopsided victory or greatness.

The battle and chariot scenes carved high into the stone walls were stupefying, displaying battle scenes and violence.

The next stop on our tour was to the Temple of Isis at Philae, much closer to Aswan city.  I was granted permission to use my Thai student card and paid 25 LE to enter.

Whereas most of the temples I had seen in Egypt were amongst sandy dust and penetrating sunshine rays, the Temple of Philae is grounded on an island of stone slicing into the Nile River and surrounded by green shrubbery.

Enclosed by the deep blue of the Nile, the Temple of Philae was 1 of my favorite temples from ancient Egypt (mainly due to it’s surroundings).

The full Abu Simbel tour is available from all hostels, hotels and guest houses in Aswan
Abu Simbel Full Tour Cost: 70 – 80 LE (NOT including entrance fees) for all transportation
Begin from hotel at 3:30 am and return at about 2 pm

Try to use a student card for discounts if available (ISIC is preferred).

Where to Stay in Aswan, Egypt:

May options to choose from, including luxury to shabby.

Noorhan Hotel
Just off Sharia Abtal at-Tahrir
Cost: About 20 LE per bed, depending on the room and deal you can strike.
Comment: Rooms are pretty old and rickety, but nicely cleaned and in a great location close to the train station and in the souk.  I was also able to witness an Egyptian wedding ceremony right from the balcony. 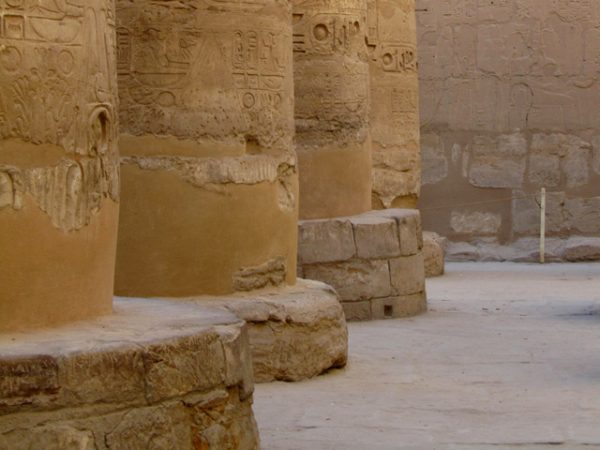 Photo: Ancient Hypostyle Hall at the Temple of Karnak 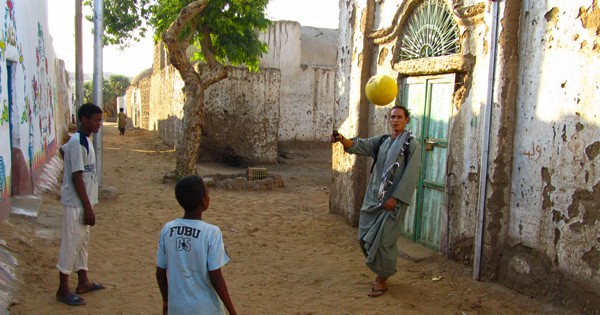 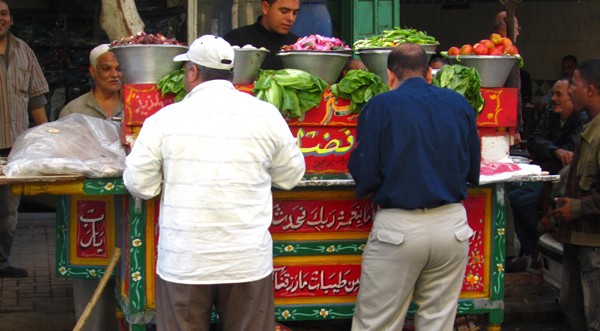