Din Tai Fung at Taipei 101: How to Eat Soup Dumplings

As a food lover, you’ve probably heard of Din Tai Fung (and maybe already eaten there?).

It’s a restaurant that started in Taipei, and has since expanded into 11 other countries (so far).

While they have a full menu, by far their most popular dish, and their claim to fame – really the main reason you go to eat there – is for the xiao long bao, Taiwanese soup dumplings.

During my trip to Taipei, I wasn’t going to miss it.

Before getting into this post about eating at Din Tai Fung in Taipei, I have to say that I had already tried Din Tai Fung in Bangkok a few years previously. And to be honest with you, I was a bit disappointed with the flavors of the food.

But I knew I needed to re-try it again in Taiwan.

The original location of Din Tai Fung is located on Xinyi street in Taipei, and everyday for both lunch and dinner, there’s a massive crowd that waits in line to slurp down a few baskets of soup dumplings.

I first wanted to go to the original location. After all, I was in Taipei, so I may as well.

One of the most iconic symbols of eating at Din Tai Fung anywhere you are in the world is the small army of dumpling makers who look like medical researchers.

Sporting white shirts, white aprons, and white hats and masks, they work away making dumplings at a rapid pace by the quantities. But one of the best things about Din Tai Fung is that even though they produce heaps of dumplings, they are still hand-made, and you can really taste the difference.

As soon as we arrived to Din Tai Fung Taipei 101, we were greeted by the staff, brought over to our table, and the menu was already on our table waiting for us.

The menu is pretty extensive and includes a wide range of Taiwanese, mostly noodle based dishes, with plenty of side dishes.

But really, the entire menu is sort of an up-sell for the xiao long bao, which is what everyone really comes to Din Tai Fung to eat.

But you’ll also find noodle soup and dry noodles, vegetables, a few dim sum dishes, and a few other varieties of dumplings as well.

How to eat xiao long bao

Before coming to Din Tai Fung, I was more interested in plopping the entire dumpling in my mouth, right out of the steaming basket, and just enjoying the burning hot soup in my mouth.

But conveniently placed at every table at Din Tai Fung is a handy 4-step process for enjoying xiao long bao, and so I gave it a shot.

Here’s are the 4 steps written on the menu:

I definitely cheated on quite a few dumplings, but this is the official way to eat a soup dumpling at Din Tai Fung.

Ok, let’s move on now to the food…

As a blogger and food video maker, I have an obsession with taking photos of food, which normally means that by the time I take my first bite, whatever I’m eating is pretty cold (you can ask my wife about this!).

But this time, my wife and I decided we were going to hold off on taking photos and eat the xiao long bao immediately as it arrived, and then we would order a second tray and then take photos of that tray.

Following the direction on how to eat a xiao long bao, I dipped my dumpling in the vinegar soy sauce, topped it with ginger, poked a hole into the side of the wrapper, and then took the entire dumpling in a single bite.

It was incredibly good.

The wrapper was thinner than other xiao long bao dumplings I’d had at other restaurants, and the entire dumpling felt more delicate. The pork inside was smooth and soft, and the soup had a wonderful porkiness, without being too oily, and then balanced by the sour vinegar and mild ginger.

What I really loved most about the xiao long bao is that it wasn’t overly salty, but really focused on the ingredients, without covering it up with salt.

Right as you walk into Din Tai Fung and take a seat, they offer you their speciality salads.

Being addicted to pickles, I couldn’t resist an order of their pickles, which came neatly arranged in a pyramid formation.

The pickles were incredibly crisp, juicy, and again, not too salty, with a just a little chili oil for flavor.

We also tried their house salad, which included thin strips of what I think was wakame, a thick sheet like seaweed, plus there were needle mushrooms, and bean sprouts in the mix.

What I liked about the house salad was its sesame oil flavor.

In addition to the dumplings, for more of a filling dish, I ordered what they called in English, noodles with minced pork sauce.

The noodles were very fresh, laid on the bottom of a bowl very delicately, and topped with a few scoops of a meat mixture that included pork, Chinese sausage, bits of tofu, and what I think were soy beans on top.

The meat sauce had a mild flavor, with a hint of hoisin to it and a slight sweetness from the sausage.

Just like the other dishes, I was pleasantly surprised how it wasn’t overly salty, but just good and fresh, although it could have used some serious chili sauce to bump up the flavor.

My wife and her sister mostly ate the pork chop noodle soup we ordered, as I wanted to eat the dry noodles with pork.

The soup used the same noodles, but instead of meat sauce it came topped with a fried pork chop and submerged in soup.

It was alright, but nothing special.

I’ve always been a big fan of vegetables, and they had about 6 different types of stir fried vegetables on the menu at Din Tai Fung.

I decided to go for stir fried amaranth greens, which came stir fried very lightly with just a few pieces of sautéed garlic.

The greens were light and fresh, similar to spinach, but not quite so much of that sliminess.

One of my favorite dim sum dishes is lo mai gai, sticky glutinous rice filled with pork and other delicious goodies, then wrapped in a lotus leaf and steamed. I order it every time I eat dim sum, and it’s been my favorite since I was a kid.

The version at Din Tai Fung was a little simpler, and it mostly included just shreds of pork.

The rice was a wonderful gooey texture, and overall it was pretty tasty.

After finishing off two trays of xiao long bao, and all the side dishes, I was honestly feeling quite full and satisfied.

But my wife and her sister wanted to try the steamed taro xiao long bao – a dessert version of the dumplings filled with sweet taro.

The taro inside was like creamy mashed potatoes, very soft and fluffy, and slightly sweet. If you enjoy sweets, this makes a good way to end your meal at Din Tai Fung.

There were 3 of us eating, and I’d say we ordered quite a bit of food for the 3 of us – maybe a bit more than we needed – although we didn’t have any trouble finishing off everything.

Here’s the full video of our meal:

(Or you can watch the video on YouTube here)

Din Tai Fung is one of the most well-known restaurants in all of Taiwan, a place that specializes mainly in Taiwanese soup filled dumplings known as xiao long bao.

There are a number of locations throughout the world and within Taipei, and we chose to eat at the Taipei 101 branch.

What really stood out to me about the food at Din Tai Fung was how delicate the flavors were and how nothing was overly salty – they really focused on the quality of the ingredients without covering them up with too much salt.

While the side dishes were all alright, the real highlight, which is also their claim to fame, is their pork xiao long bao.

Have you tried Din Tai Fung? 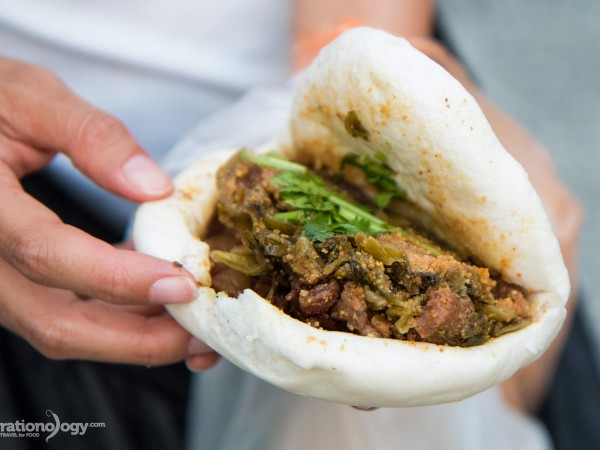